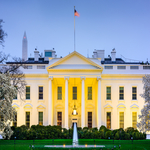 In the field of addiction medicine, there is a sincere hope that one day we will see an end to the opioid epidemic that has been devastating countless families across the country for nearly two decades. Never before in history has an addiction problem been the result of a form of drugs that have been deemed crucial to modern medicine. It is part of the reason that it has been so difficult to curb the scourge of opioid abuse. Millions of Americans legitimately suffer from chronic pain; they often require prescription opioids to combat their discomfort. But the drugs, which by many accounts are necessary, carry a heightened risk of abuse, addiction and overdose.

Making it harder for people to access opioid painkillers could result in people suffering needlessly. What’s more, for patients who have already become dependent upon opioids, making it harder for them to acquire drugs like OxyContin (oxycodone), often results in people turning to heroin—a form of opioid that is commonly stronger, cheaper and easier to get your hands on.

Over the last year or so, there have been a number of government efforts to reign in the opioid addiction crisis. Much of measures fall under the umbrella of the Comprehensive Addiction and Recovery Act (CARA), a bill which many experts believe is severely underfunded. CARA includes plans to:

Amidst National Recovery Month and Suicide Prevention Awareness Month, the President has proclaimed the week of September 19, 2016 as Prescription Opioid and Heroin Epidemic Awareness Week. The current administration will be announcing new initiatives to tackle the American opioid epidemic, urging Congress to fund the proposed efforts with $1.1 billion, USA Today reports. Over the course of the week, there will be a number of speeches and policy announcements, measures that will hopefully have an impact on the crisis which claims close to a hundred lives every day.

“With 78 people dying every day it’s reprehensible that Congress would pass an opioid bill without providing any funding,” said Michael Botticelli, the director of national drug control policy, in reference to CARA.

On Monday, there were several announcements made, including:

Please take a moment to watch a short video below: