People who seek help from physicians think that their [patients’] best interests are always in mind. If you are sick, a doctor will often prescribe an antibiotic of some kind. You have a broken arm, no worries; a cast will set you straight. If you are in pain…how about some painkillers? Naturally, certain injuries may require the use of prescription opioids. Right now, opioid painkillers are the most effective means of addressing pain. But, as you well know, there are a number of inherent risks accompanying that course of action.

There isn’t a patient or doctor in the United States who is wholly unaware of the dangers that opioid
painkillers pose. The risk of addiction is quite high (patient depending) and taking a little bit too much can easily result in an overdose. It is no secret; drugs like OxyContin have the power to kill. It is for that reason that both lawmakers and health experts have called on doctors to step back on prescribing opioids. Being called on to only turn towards the use of opioids if it is absolutely necessary. Which is no easy task and to be fair—pain is subjective. A doctor has to trust that their patients are being honest with them about the severity of the pain. 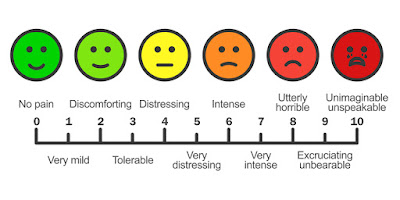 Despite being called on to scale back on the use of opioids, many doctors still prescribe reckless amounts of the highly addictive drugs. Why? Well, the use of opioids is certainly warranted, at times. However, it seems there are times that certain opioids are prescribed for reasons that could only be described as nefarious. Monetary gains.

A Vested Interest in Prescription Opioids

Here is something that some of you have likely thought of, but might not have had the evidence to support your belief. Doctors who prescribe opioids get kickbacks from pharmaceutical companies for doing so. Upon hearing this, you might think that it was something that happened at the onset of the epidemic; but, that couldn’t still be happening after 17 years of ever increasing overdose deaths. ‘Right?’ Sadly, new research indicates that the pharmaceutical industry is giving millions in opioid-related payments to doctors. 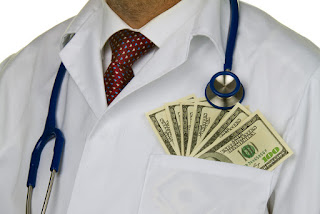 Under the Affordable Care Act, the Physician Payment Sunshine Act requires drug companies to report all payments to physicians, ScienceDaily reports. This allowed researchers at Boston Medical Center’s Grayken Center for Addiction Medicine to determine that between August 2013 and December 2015, 375,255 opioid-related payments were made to 68,177 doctors. Upwards of $46 million paid out, none of which was for a physician conducting research. The findings of the research were published in the American Journal of Public Health.

“Even though most payments were small, they add up to a shocking number and may have a wide-reaching influence on physician behaviors. We need to take a hard look at how the pharmaceutical industry may be influencing care and prescribing at the ground level,” said study leader Scott Hadland, MD, MPH, a pediatrician and adolescent addiction specialist.

In the United States we have a vested interest in preserving the lives of our friends and family. Every day, some 142 mothers, fathers, daughters or sons perish from opioid-related overdoses. Doctors are being told to limit the prescribing of opioids on one side, and are being incentivized to do the opposite on the other side. Clearly a dilemma. While doctors are trained to save lives, they are still human. While it would be nice to expect a superior ethical and moral code from physicians when compared to your average American, doctors are again human and greed is a powerful force to reckon with.

It seems unconscionable that after nearly two decades and thousands of deaths and exponential more opioid use disorders, doctors are still being incentivized to prescribe this deadly family of narcotics.

“The opioid epidemic, which is responsible for thousands of deaths every year, is a national tragedy that we must work at every level to combat. It’s our hope that this study sparks a bigger conversation about the role of pharmaceutical companies in the over-prescribing of opioid medications, and prompts a more thorough investigation about what we need to do to tackle this problem,” said study senior author, Brandon Marshall, PhD, associate professor of epidemiology at the Brown University School of Public Health.

If you or a loved one is caught in the pernicious grip of prescription opioid addiction, please contact Hope by The Sea. We can help break the cycle of addiction, starting with detox and intensive inpatient treatment. Our clients adopt the skills and tools necessary for living a life in recovery.