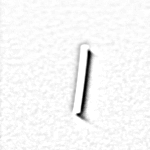 The drug buprenorphine has been used for many years in substance use disorder treatment facilities to help ease prescription opioid and heroin addicts’ withdrawal symptoms. The most common formulations are prescribed under the brand names Suboxone or Subutex. Anyone who has experienced the symptoms of opioid withdrawal will tell you that buprenorphine is a life saver, dramatically reducing their cravings.

As the nation continues to grapple with the opioid crisis, both in prevention and treatment techniques, there has been a call for greater access to medication assisted treatment (MAT). Using medications for detoxification is one aspect of MAT; there are some experts who feel that opioid addicts should remain on buprenorphine after treatment – what is known as maintenance. Part of the problem with this drug is that while it does wonders for withdrawal symptoms, the drug itself can cause euphoric effects, which can be habit forming.

Another problem is that a number of addicts prescribed buprenorphine will sell their medications to pay for the opioids that really desire, such as oxycodone or heroin. In order to combat that problem, a Food and Drug Administration (FDA) advisory panel is calling upon the agency to approve an implant formulation of the buprenorphine, USA Today reports. Probuphine is implanted under the skin, it is about the size of a matchstick; the implant provides a steady dose of the medicine and can’t be diverted to other addicts.

What’s nice about the probuphine implant is that it releases the medication for up to 6 months, according to the article. Those prescribed will never forget to take their medication, which will probably aid in preventing relapse and in effect save lives. Many people experience overdoses when they relapse because they do not know how to properly gauge their dosage, forgetting to account for a diminished tolerance.

However, there are some addiction experts who have concerns about probuphine, according to the article. Tracy Rupp, a pharmacist and the director of public health policy initiatives at the National Center for Health Research, was against approving probuphine, citing concerns about holes in the limited research available which was the catalyst for the advisory panel’s support. She points out that the study had several flaws, and that we still don’t know how to safely transition patients from buprenorphine pills or film to the implant.

“It is disappointing that the advisory committee set such a low bar for safety and effectiveness,” said Rupp. “Is probuphine effective? We still don’t know because the study was poorly designed and missing data.”

While the FDA does not have to follow the suggestions of their advisory panels, they usually do – for better or for worse. It will be interesting to see which way the agency goes with probuphine. We will follow this story closely.