It is isn’t a secret that the American “war on drugs” impacts people living with addiction, and minorities, far more than it does people selling narcotics. The data is irrefutable, the majority of people spending times behind bars today are nonviolent drug offenders. Fortunately, drastic legislative changes on the Federal and state level in recent years has led to many people being given the option of treatment over jail for drug-related offenses.

Today, judges have more authority to disregard mandatory minimum sentencing rules. In states like California, Proposition 64 legalized marijuana for adult recreational use and a number of municipalities are allowing Prop 64 to be retroactively applied. As a result, marijuana convictions dating back to 1975 are now eligible for expungement.

The American opioid epidemic has had the unintended effect of changing the general public’s opinion about addiction as a whole. More people than ever view the condition as a form of mental illness; now realizing that incarceration is not the answer to addiction. The opioid crisis has also coincided with a push in many states, including California, to reduce jail and prison populations. This task is made easier when nonviolent drug offenses are reclassified as misdemeanors. 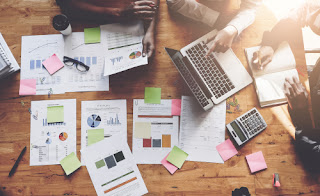 In 2014, California voters approved Proposition 47, reclassifying drug possession offenses from felonies to misdemeanors. Researchers at the University of California, San Francisco, sought to determine what has changed since the bill’s passing. The study shows a nearly 75 percent decrease in felony drug arrests, UCSF News Center reports. What’s more, when the law took effect the disparity in drug arrests between Blacks and Whites fell almost instantly. In the first month, the racial disparity decreased from 81 to 44 arrests per 100,000 people. The findings appear in the American Journal of Public Health.

“The collateral consequences of felony drug convictions are severe—affecting everything from whether someone can get a job to their ability to get housing and student aid,” said Alyssa Mooney, MPH, a doctoral student in the UCSF Department of Epidemiology and Biostatistics and first author of the paper. “So, alleviating these disparities could help narrow the significant disparities we see between groups in important health and social outcomes.”

In the first year, there were 117,126 fewer felony arrests and an increase in misdemeanor possession arrests; but, there was still a decrease in total drug arrests across the state. It is worth pointing out that Proposition 47 did not reclassify drug possession charges related to distribution; those found selling drugs will likely face felony charges. Interestingly:

“Police made fewer arrests in the Prop. 47 category, but they did not start increasing arrests in the sale category,” Mooney said. “There was no shift by police to ramp up on those arrests.”

Hopefully, more states will discontinue punishing people for the crime of mental illness, and courts will rely on treatment more than jails and prisons.

Addiction recovery is possible for anyone willing to commit to making significant changes in their life. If you would more information about how we can help you or a loved one, please contact Hope by the Sea.

Hope by the Sea will continue to follow the CDC guidelines regarding COVID-19. Visit CDC.gov for more information.
close
Toogle Down