In 2016, an estimated 2.1 million people in the United States had a substance use disorder linked to prescription opioid pain medication use, according to the National Survey on Drug Use and Health. Many experts contend that the actual number is much higher, even without adding the more than 500,000 Americans addicted to heroin.

In many cases, prescription opioid use disorder begins without the involvement of a doctor. Despite the more than two-decade-old epidemic, many Americans have no qualms with diverting their medications to friends and family. Still, the Centers for Disease Control and Prevention (CDC) reports that almost 58 opioid prescriptions were written for every 100 Americans in 2017.

While not everyone who is prescribed narcotic painkillers will develop an opioid use disorder, even the people who don’t — face the risk of overdose. This is particularly the case for individuals prescribed other forms of prescription drugs that are synergistic with opioids. When two specific drugs are mixed together, it is often a recipe for disaster. 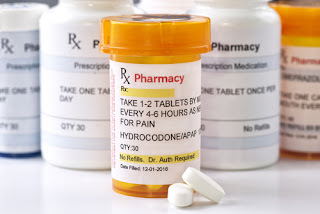 People caught in the vicious cycle of addiction are continually looking for methods of boosting the euphoric effects of the drugs they take. Addicts take a combination of narcotics on a regular basis; as opioid tolerance increases, it becomes much harder to satiate one’s appetite. Owing to what is known as drug synergism, taking a combination of two drugs with similar effects will enhance the euphoric experience. However, such behaviors put individuals at an exponentially heightened risk of overdose.

For more than 15 years the nation has been in awe about the blatant overprescribing of opioids. During that same period, few people were privy to the knowledge that benzodiazepine prescriptions increased dramatically. The effects of sedatives like Ativan, Valium, and Xanax, when mixed with opioids, is the definition of drug synergism. Men and women living with opioid addiction rarely turn down an opportunity to get their hands on sedatives, even though many know the inherent risks involved. Opioid overdose deaths in the U.S. regularly involve prescription sedatives.

Given the statistics on prescription opioids abuse and overdose, one might be inclined to think that doctors would avoid prescribing opioids in conjunction with benzodiazepines. Unfortunately, that is not the case; a new study shows that almost one-fourth of people using prescription opioids for long periods in Idaho were also prescribed a benzodiazepine or another central nervous system depressant, HealthDay reports. Researchers found that 56 percent of such instances were written by the same prescriber. Despite prescription drug monitoring systems, the research indicates that 44 percent of the overlapping prescriptions mentioned were written by more than one prescriber.

“Patients with chronic pain are often under the care of several different physicians to manage their different disease states,” explained researcher Catherine Oliphant, a professor of pharmacy practice at Idaho State, in a press release. “This co-management can lead to patients receiving unintentional prescription combinations that put them at higher risk for an opioid overdose.”

The researchers presented their findings at a meeting of the American Society for Health-System Pharmacists, according to the article. Professor Oliphant points out that pharmacists are in a unique position to intervene and talk with doctors when they spot overlapping prescription. They can also recommend a patient take a naloxone kit home in case of an emergency.

Individuals struggling with a substance use disorder relating to the use of opioids or benzodiazepines can benefit from seeking Hope By The Sea’s assistance. Please contact us today to learn more about our innovative addiction treatment programs and to take the first step toward healing. The miracle of recovery can be yours too!