Reclassifying Cannabis Around the World

Cannabis is a drug that is in the news frequently in the United States. Every couple of years, more states pass legislation in favor of medical marijuana or recreational legalization. It would stand to reason that it will not be long before the substance is legalized federally.

After alcohol, marijuana is the most used mind-altering substance in the United States. While the drug is addictive and can adversely affect people’s health, it’s widely considered much safer than heroin, cocaine, and methamphetamine. Nevertheless, marijuana sits right next to those harder drugs on the Controlled Substance Act (CSA) Scheduling list.

Like heroin, cannabis is a Schedule I drug, which means it has no accepted medical use and a high potential for abuse. Other Schedule I drugs include:

Many people who use or misuse marijuana likely feel that the drug has no business sitting on a list next to drugs that can cause an overdose. What’s more, the majority of individuals living in states that have legalized marijuana for medical or recreational use would tend to agree with the above sentiment.

From a criminal justice standpoint, it’s hard to defend sending cannabis users to jail or prison for possession of the drug. Many individuals have done lengthy stays behind bars for cannabis. States like California have taken steps to right previous wrongs by allowing those with criminal records relating to marijuana to petition the courts to have their record cleared. With a clean slate, such people will no longer have trouble getting a job or finding housing because of cannabis.

Research is still being conducted to determine cannabis’ medicinal value. Nonetheless, we should note that the drug can be addictive and wreak havoc on young people’s developing brains. Many individuals seek addiction treatment for cannabis use disorder each year. Please remember, legal does not mean safe for everyone. Alcohol is legal, and it has a hand in over 90,000 American deaths each year.

Rethinking Cannabis Around the World 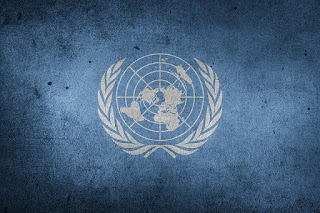 This month, the United Nations Commission for Narcotic Drugs voted to remove cannabis from Schedule IV of the 1961 Single Convention on Narcotic Drugs, The New York Times reports. The commission includes 53 member states. The vote to reclassify marijuana and its derivatives passed 27 to 25 and an abstention from Ukraine.

While the decision to reclassify the world’s most popular drug will not necessarily loosen international controls on the substance, many countries defer to the UN for guidance regarding drug policy. What’s more, the decision – made based on recommendations from the World Health Organization – could open the door for more cannabis research and for more countries to permit medical use. Despite the vote, every country will continue to have jurisdiction over how to classify the drug.

“This is a huge, historic victory for us, we couldn’t hope for more,” said Kenzi Riboulet-Zemouli, an independent researcher for drug policy.

In other news regarding cannabis this month, the United States House of Representatives passed legislation decriminalizing marijuana at the federal level, CBS News reports. In the unlikely event that the Senate gets on board with the measure, it would remove the drug from the list of controlled substances and expunge federal convictions for non-violent cannabis offenses.

The Marijuana Opportunity Reinvestment and Expungement (MORE) Act had bipartisan support and was co-sponsored by Republican Congressman Matt Gaetz of Florida. The bill passed by a vote of 228 to 164. Supporters of the measure hope to reduce racial inequities in drug arrests. According to the American Civil Liberties Union, Black Americans are 3.6 times more likely than white Americans to be arrested for cannabis. Black and white Americans use cannabis at similar rates.

“This long-overdue legislation would reverse the failed policy of criminalizing marijuana on the federal level and would take steps to address the heavy toll this policy has taken across the country, particularly on communities of color,” said House Judiciary Committee Chair Jerrold Nadler.

Marijuana use can lead to dependence and addiction. Those who attempt to quit can experience withdrawal symptoms that can be the impetus for relapse. Please contact Hope By The Sea if you are struggling with cannabis use disorder. We can help you detox comfortably and break the cycle of addiction. A life in recovery is possible, and we can help—Hope Starts Here!