Returning to Recovery After a Relapse

The 4th of July is behind us, and we hope that everyone in recovery was able to keep their sobriety intact over the holiday. At Hope By The Sea, we know just how challenging it is to keep urges to use at bay during significant times of the year. So, if your sobriety date remains unchanged after yesterday, then it means that you are working the program. 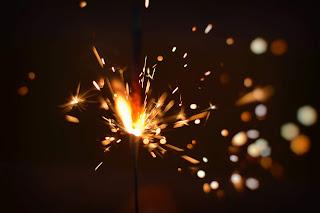 Holidays are challenging, to be sure, but getting through them can be a source of both pride and gratitude. Responding to triggers in a healthy manner is extremely difficult; it is much easier to succumb to the temptation to use than to not. Sometimes the urge to use is so powerful that a relapse can seem inevitable, but if one uses their tools and follows direction, a return to use is preventable.

The program teaches men and women how to protect their program. Aided by a support network and some general guidelines, one’s disease is kept at bay for another day. People in recovery learn that there are danger zones to avoid, i.e., bars, parties, and old acquaintances who do not share similar goals. They discover that sobriety can withstand risky days of the year by sticking close to a support network.

Those who made it to the other side of Independence Day without drinking or drugging had a plan going into the holiday. Such persons knew where they would be and who they would be around from sunrise to bedtime. Moreover, their recovery took priority; meetings were attended, several in some cases, and no aspect of the day was left to chance.

If any of the above sounds familiar to you, then it’s probable that the Fourth came to an end without event. Unfortunately, a significant number of people slip each year on the 4th of July; however, that does not mean that all is lost.

Relapse is not uncommon in recovery, but luckily, it is completely avoidable. A return to use is troubling, and those who experience it can feel like all is lost; shame and guilt are byproducts of drinking and drugging, after being clean and sober for a time. However, the relapse is not as important as is what follows from it, and it is possible to bounce back with even greater resolve.

Returning to Recovery After a Relapse

Relapses occur when individuals start putting other things in front of their recovery. Those who do not put their sobriety ahead of all else put their program in jeopardy. The disease is always on the sidelines itching to get back into the picture. If one is unable or unwilling to appreciate that reality, then they are fundamentally poised to return to active use.

That is not to say that those who relapse are consciously inviting addiction in; many people who slip up have no idea that a relapse is imminent. It is often said that a relapse occurs long before the first drink or drug.

Men and women in long-term recovery are often able to predict who is on the way out. Those who are ripe for relapse tend to stop calling their sponsor as much; they attend fewer meetings throughout the week, let up on step and service work, and may start associating with people from the past.

When a holiday comes around, those same people who are less focused on recovery can delude themselves into thinking that they can go to a party and abstain from use. With their defenses down, someone offers up a drink, and the likelihood of accepting the proffer is high. Rather than leave or calling one’s sponsor, the soon-to-be-relapser convinces themselves that there is no harm in one drink.

If a relapse becomes part of one’s story, he or she has two options: continue using or recommit to the program. The former is a path to heartache and pain; the latter is humbling and requires courage. The thought of re-identifying as a newcomer in front of the group is hard to accept, and nobody wants to start from square one. However, it is possible to put pride aside, recommit to the program, learn from errors, and go on to achieve long-term recovery.

Many people with decades of clean and sober time have a relapse in their recovery history. Such people often utilize the lessons learned from the experience and pass on the knowledge to those who are new. Their slip up and what was learned from it help others avoid the same pitfalls. A relapse doesn’t have to be the end; instead, it can be a stepping stone to an even stronger recovery.

Hope By The Sea helps men and women take steps toward fulfilling and productive lives in recovery. Whether you are seeking sobriety for the first time or are unable to bounce back from a recent relapse, we can assist you in turning your life around.

Please contact us today to learn more about our programs. The miracle of recovery can be yours too.