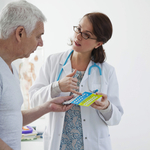 If you have ever tried quitting something you were addicted to, then you know how difficult it is to succeed. The chemical hooks and snares of mind-altering substances make the goal of quitting indefinitely exceedingly hard, as is evident by the high relapse rates across the board. It is possible to free oneself from active addiction, but it typically requires a combination of medication, cognitive behavioral therapy (CBT) and a continued program of maintenance to guard yourself from relapse.

The disease of addiction is constantly working diligently to be sated, and if fed the results are usually pernicious. One need look no further than opioid painkillers to see what can happen, if addiction is left unchecked. The death toll has steadily been rising for nearly 20 years. The focus of most addiction experts and medical organizations has been to ensure that people who need treatment for an opioid use disorder get it, before overdose and potential premature death ensues. Approximately 52,000 died in the United States from drug overdoses in 2015, according to the Center for Disease Control and Prevention (CDC).

It could be argued that the urgency to reign in the epidemic stems from how quickly a life can be lost after an opioid addiction develops. Yet, every year in the U.S. other addictive substances are responsible for an exponentially greater number of premature deaths than opioids. A reality that is rarely discussed these days partly due to the shadow cast by the opioid epidemic. The CDC reports that cigarettes are responsible for about one in every five deaths in America, with more than 480,000 deaths annually.

At a very young age, Americans are warned about the dangers of tobacco use, whether it be cigarettes or smokeless tobacco. The risks may take decades to come to fruition, but more times than not tobacco users die prematurely. There are a number of reasons for why tobacco is so hard to quit, especially for good. Even those who have managed to succeed at working a program of long-term recovery from an addiction to what most people consider to be more insidious substances, quitting cigarettes often proves to be too much for them. Yet, at the end of the day, tobacco is the deadlier substance in the long run.

Smoking cessation is possible, but few people can manage it cold turkey. The majority of people addicted to nicotine require assistance of either cessation aids like patches or gums, CBT and/or medications. Sometimes a combination of all three. When it comes to medications, the most commonly employed are bupropion (Wellbutrin) or varenicline (Chantix). Regarding the latter, which has been around for just over a decade, it garnered a bad reputation because of claims from small studies that found it to cause both depression and suicidal ideations. Such concerns led to a “black box” warning by the Food and Drug Administration (FDA) in 2009, a warning which the agency did away with recently due to new research, ScienceDaily reports. Researchers of a new study argue that if the black box label had never happened, as many as 17,000 premature deaths from cardiovascular disease could have been prevented.

Before the FDA’s warning, Chantix showed to be effective at achieving permanent quit rates of approximately 25 percent, according to the article. The warning resulted in a 76 percent drop in varenicline prescriptions dispensed. Researchers at Florida Atlantic University (FAU) argue that the majority of people who experienced adverse effects from the drug, had a history of mental illness.

A large randomized trial was carried out over a 12-week period and involved about 8,000 long-term smokers, the article reports. Participants in the study were broken into subgroups, those with a history of mental illness, and those without. People without a history of a psychiatric disorder that were treated with varenicline had less neuropsychiatric symptoms, and both groups achieved higher abstinence rates at 12 weeks, compared to controls.

The take away from the research appears to be that varenicline may not be right for everyone (i.e. those with history of depression or suicidal ideations), but could be quite effective for many smokers. A commentary about the findings and recommendations was published in The American Journal of Medicine titled, “Smoking Cessation: The Urgent Need for Increased Utilization of Varenicline.”

“The existing totality of evidence suggests an urgent need to increase the use of varenicline in the general population as well as in those with serious mental illness who on average die about 20 years earlier than the general population, in part, because their smoking rates may be as high as 75 percent,” said Charles H. Hennekens, M.D., Dr.P.H. He adds, “For reducing risks of cardiovascular disease it’s never too late to quit, but to reduce risks of cancer, it’s never too early.”