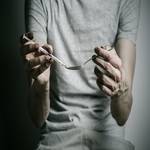 On Super Bowl Sunday, a significant number of people were up in arms over a television advertisement for a new drug used to treat opioid-induced constipation. Anybody who has ever taken an opioid narcotic, whether legal or illegal, prescribed or diverted, knows all too well that the drugs can lead to gastrointestinal issues. With more Americans than ever using opioid drugs in recent years, it is fair to say that there is a demand for drugs that can help with the side effects that accompany such drugs.

While opioid-induced constipation is a real condition, with both federal and local officials working tirelessly to curb the opioid epidemic, concerns were raised with the makers of the advertised drug Movantik for not addressing the opioid addiction crisis. This makes sense considering that the makers of the drug are profiting in the hundreds of millions from an epidemic taking over 70 lives every day from opioid overdoses.

A new advertisement was released over the weekend that would be hard to argue was in good form, and the source was not a company making a profit on the American opioid epidemic. Albeit fictional, Saturday Night Live (SNL) produced a comedy skit in the form of a drug advertisement featuring a drug called Heroin AM: “The only non-drowsy heroin on the market” from the “makers of Cocaine PM.”

The ad stars Julia Louis-Dreyfus, of “Seinfeld” and “Veep” fame, playing a suburban mother who “went from nodding off to nodding yes to more heroin.” While there is little question as to whether or not both the producers of SNL and NBC Studios were endorsing the use of heroin, in the midst of such a deadly crisis, such comedy is in bad taste. It begs the question as to why they thought that skit was necessary.

Ironically, NBC News affiliates are covering the backlash to the Heroin AM ad. The humor went past southern Wisconsin Sheriff Dale Schmidt, NBC 4i reports. The Dodge County Sheriff’s wrote about it on the department’s Facebook page, stating:

“I am angered and frustrated that a national television network would allow SNL to use humor and diminish the importance of something that has been legitimately called an epidemic in our country.”

Please take a moment to watch the advertisement:

If you are having trouble watching the video, please click here.