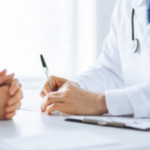 In 1980, almost forty years ago now, a letter was written to the editor of the New England Journal of Medicine (NEJM) by a graduate student. The letter, was more of a paragraph long observation about nearly 40,000 hospital patients at a hospital in Boston. The letter stated that of the 40,000 patients, almost 12,000 received a narcotic, and of the patients who had no history of addiction, there were only four (4) documented cases of substance use disorder. The letter was written by Dr. Hershel Jick, a drug specialist at Boston University Medical Center.

At this point you may be wondering what a letter to the editor of the NEJM has to do with opioid addiction in America, today. Simply put, Dr. Jick’s words would be used by the pharmaceutical industry to convince doctors who were wary about prescribing take-home opioids. You see, in the 1980’s, physicians used far more discretion when it came to prescribing opioids than in the following decades. When Dr. Jick wrote that letter, he never intended or could have foreseen the opioid epidemic it would precipitate.

“I’m essentially mortified that that letter to the editor was used as an excuse to do what these drug companies did,” Jick told The Associated Press in an interview on Wednesday. “They used this letter to spread the word that these drugs were not very addictive.”

The New England Journal of Medicine recently added an editor’s note about Jick’s letter and published a study about the letter’s impact. A group of researchers in Canada found that the 1980 letter has been cited more than 600 times over the years, CBS News reports. The analysis showed that Jick’s words were used to disseminate the idea that opioid addiction was rare, those citing the 1980 findings failed to point out that the narcotics were used only in a hospital setting, rather than chronic pain outpatient cases.

Nevertheless, over the years, doctor’s began to drink the drug companies Kool-Aid, which was fairly easy to swallow given the incentives for prescribing a particular drug. However, the fact that medical community found a way to justify rampant over prescribing, even in the face of ever-increasing addiction and overdose rates, is in many ways mind boggling, but the problem wasn’t just the physicians. The American Medical Association, et al., taking the letter at face value, encouraged doctors to more adequately address patient pain—by any means necessary it would seem. The recent NEJM editor’s note attached to the letter, states:

“For reasons of public health, readers should be aware that this letter has been ‘heavily and uncritically cited’ as evidence that addiction is rare with opioid therapy.”

With around a hundred people overdosing every day due to opioid narcotics, and doctors still relying heavily on such drugs to treat chronic pain—solutions are desperately needed. Look no further than the New England Journal of Medicine. The Director of the National Institute on Drug Abuse (NIDA) and the Director of the National Institutes of Health (NIH), Nora D. Volkow, M.D., and Francis S. Collins, M.D., Ph.D., published an article in the NEJM stating that NIDA and the NIH will partner with the pharmaceutical industry to launch an initiative in three scientific areas: