It’s been roughly two decades since opioid addiction rates began to rise rapidly across the country. With each passing year, an ever-increasing number of young and older Americans alike succumb to the deadly nature of opioid use disorder. While the problem is ever apparent, finding ways to deal with it has proved complicated. The old American approach of arresting and jailing addicts is no longer tolerated by most people. After all, there are over 2 million people struggling with opiate addiction, which is more people than all the incarcerated Americans combined. 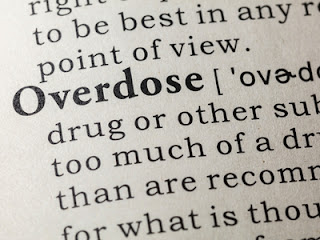 Enforcing draconian drug sentencing laws would cause the penal system to reach critical mass. What’s even more important is if the majority favored arrest and incarceration, science shows that prison is not a valid form of rehabilitation, recidivism is almost guaranteed. There’s another facet worth consideration as well, today’s drug epidemic is vastly different than let’s say the “crack” cocaine crisis of the `80’s and early `90’s. Most notably regarding the demographics affected, i.e., white America. Politicians seem a little more reticent about jailing their friends and family.

While the racial double-standard of addiction is disturbing, there is a silver lining. Since the opioid epidemic is affecting nearly every demographic, more and more lawmakers and those who enforce the law of the land are advocating for the expansion of addiction treatment services. There is a higher focus today on treating addiction than ever before, which means the stigma of addiction is eroding.

The Power of Addiction is Daunting

Of the over 60,000 Americans who died of an overdose last year, one just so happened to be the son of the former vice chairman of the Joint Chiefs of Staff, Ret. Navy Adm. James “Sandy” Winnefeld. After completing a 15-month addiction treatment program, Ret. Adm. Winnefeld’s son Jonathan (19) experienced a fatal overdose, The Washington Post reports. The culprit in Jonathon’s case was fentanyl-infused heroin; injected three days after his father dropped him off at the University of Denver this past September.

“One of the important things I discovered along the way is that I learned a great deal about addiction itself during Jon’s recovery, but I only really learned about the epidemic after his death,” writes Ret. Adm. Winnefeld.

It’s worth pointing out that Winnefeld’s family had access to Tricare, military health-care for active-duty troops and retirees. However, the former vice chairman found it challenging to access the level of care his son desperately required; too many Americans echo Winnefeld’s troubles. His only real option for Jonathan was private addiction treatment.

Following his son’s premature death, Sandy and his wife Mary created an advocacy group called Stop the Addiction Fatality Epidemic, or SAFE, according to the article. The group’s expressed aim is to end opioid addiction through research and awareness campaigns. SAFE’s goal is to expand addiction treatment resources across the country.

“We want to be action-oriented. If we can use that to save a family, then it’s worth the effort,” Winnefeld said.

Lacing illicit drugs like heroin with fentanyl is quite common these days. In fact, reports show that dealers are even infusing cocaine with synthetic opioids, as well. The longer one continues to resist treatment and recovery, the more likely they are to come face to face with fentanyl. This drug is notorious for causing overdose, and naloxone is often ineffective in reversing the symptoms.

If you are battling opioid addiction, Hope By The Sea can help you break the cycle of self-defeating behavior and help you start down the road of lasting addiction recovery. Please contact us today to discuss which one of our programs will work best for you or your loved one.