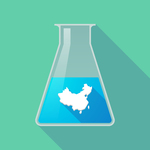 Despite recent reports of synthetic drug related overdoses in the United States, especially in metropolitan areas like New York City and Los Angeles, it appears that some progress has been made in curbing such use. But first a little back story. If you are familiar with synthetic drugs, it is likely you have heard of “bath salts” and what are known as synthetic cannabinoids—which despite the latter’s name is nothing like actual cannabis. These drugs are made by spraying chemicals on benign substances, such as bathing crystals or plant matter.

The chemicals themselves, by and large, are manufactured in laboratories in China and then sold to turned into synthetic drugs. The chemicals are rarely ever tested on animals, let alone humans, before they make their way to market. While there was some consistency in the chemical formulas for a time, U.S. government bans have forced chemists to alter the formula constantly. Users of synthetic marijuana, such as Spice or K2, cannot expect to have the same experience they had in the past.

The side effects that accompany synthetic drugs today are highly unpredictable, leading users to become paranoid, violent and highly agitated. Perhaps you have seen news footage of synthetic drug users exhibiting superhuman strength, police officers and first responders often struggle to subdue such individuals. Synthetic drugs commonly result in overdoses that require hospitalization, and in some cases have led to fatal outcomes.

Government officials and agencies will continue to ban new substances as they are seen being used on the street, but curbing the problem here at home will require some assistance from abroad. Fortunately, the Chinese government has begun lending a hand in the fight against these insidious chemicals. The U.S. Drug Enforcement Administration (DEA) reports seeing marked decrease in certain synthetic drugs in the United States after China placed a ban on certain chemicals, according to CNN. After China banned the production of 115 chemicals, law enforcement officials in the U.S. have seen a decrease in the use of six different synthetic drugs.

“Overall, [synthetics have] significantly dropped since the ban — at the epicenter here in South Florida,” said Broward County, Florida Sheriff’s Lt. Ozzy Tianga. “But by no way are we out of the woods. There will be more molecular changes to substances that will be introduced to society.”

DEA spokesman Russell Baer said that the agency will continue to work with China to end the fentanyl crisis we face in the States, the article reports. Fentanyl is another synthetic drug that is being made by chemists in China and leading to overdoses in America. Recently, 14 high-ranking DEA officials spent a week in China to discuss continued synthetic drug efforts, where:

“They talked about continuing efforts to try to understand each other’s perspective of this problem,” said Baer. “Historically, we have not been able to talk about this stuff. We’ve now gotten to the point that China is listening to us and addressing some of the [drug] scheduling issues. They are their own country, and they have their own concerns. One [problem] people don’t understand is that China has an extensive commercial manufacturing program over there. These illicit substances … are a small part of that huge legitimate industry.”