The Impact of Marijuana on College Students

Most young adults who have smoked marijuana, or have used a cannabis product, are probably aware of the short term effects that the drug causes on top of the euphoria. Most typically: increased appetite, dry mouth, red eyes and sleepiness. After several hours such side effects will subside, and by the following day everything is back to normal. While the aforementioned symptoms of marijuana use may be relatively benign, cannabis use can have an impact on one’s life and the results are usually not for the better.

New research indicates that college students who use marijuana are more likely to experience adverse effects on the ability to perform well in school, HealthDay reports. The findings indicated that college students who smoke pot are more likely to skip class, get poorer marks and graduate later. The study was published in the journal Psychology of Addictive Behaviors. 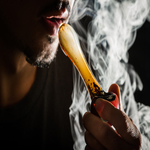 There is no question that the majority of Americans feel that marijuana is a safer drug, one that has only a minor impact on one’s life. This can be seen clearly by the trend that has been sweeping across the country for two decades, with more and more states voting in favor of both medical marijuana and recreational use. But, just because a drug is now “legal,” does not mean that it won’t have a negative impact on your life.

The findings come from following more than 1,100 college students, over the course of eight years, according to the article. Those who smoke marijuana more frequently were found to be more likely to skip class, in turn leading to unsatisfactory grades and late graduation. Conversely, if students decreased their pot consumption, it was associated with increasing grade-point average (GPA).

Lead researcher Amelia Arria, an associate professor of behavioral and community health at the University of Maryland School of Public Health, says that colleges should be aware of the link between marijuana and decreased academic performance, the article reports. College faculty should ask students about their alcohol and drug use, doing so may cause students to reflect on their decisions.

“Students often see marijuana as benign,” Arria noted. “But if you ask them questions like, ‘How often are you smoking marijuana, drinking, partying?’ — that alone may help them be more self-reflective and make better choices.”