A Double Standard In Opioid Sales

The mindset of law enforcement agencies regarding illicit drug sales and use has historically been one of punishment. There are drug dealers who are currently serving life sentences for the crime of peddling something potentially deadly. For many Americans, such an approach makes sense, if you want to get drugs out of the hands of young people, just make the punishment so severe that people would think twice. If you have any understanding of the American “war on drugs,” then you know that it doesn’t work. Arrest one dealer, and there will always be another to fill the void.

In recent years, in light of the American opioid addiction epidemic, the general public has demanded a more enlightened and humanitarian tact towards addiction from lawmakers and those who enforce such laws. The majority of Americans believe that prison is not the solution to substance use disorder, opting for treatment over cell bars. Now, in most states addicts caught in possession of drugs are diverted to substance use treatment facilities, rather than local jail.

Treatment options don’t usually apply to those who distribute drugs for profit. Such individuals are still at high risk of severe lengths of incarceration. States battling synthetic opioid use, particular fentanyl, have decided to send a clear message to people who are selling heroin laced with the deadly pharmaceutical. Some would consider selling fentanyl, attempted murder.

What About The Pharmaceutical Industry? 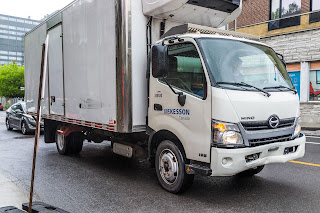 There is a definite double standard that exists in America when it comes to the sale of opioids. Prescription opioids like OxyContin, while deadly, are legal to prescribe and use by those with a prescription. Drug companies can make painkillers, and distributors can disseminate such drugs to pharmacies without consequence, as long as specific guidelines are followed. The same cannot be said for those in the business of heroin and fentanyl, despite the risks of use being on par with legally prescribed opioids.

If you’ve been following the news related to the opioid addiction epidemic, then you are aware that the pharmaceutical industry is widely considered the cause of the outbreak. Companies like Purdue pushed false-science that drugs like OxyContin rarely lead to addiction and doctors were ordered to value patient comfort over patient safety. The result is what we see today, over 50,000 overdose death cases each year. You may also know that the DEA has been attempting to crack down on pharmaceutical distributors, companies who fill pharmacy orders despite suspicious activity.

“This is the best case we’ve ever had against a major distributor in the history of the Drug Enforcement Administration,” said David Schiller, former assistant special agent in charge of DEA’s Denver field division. “I said, ‘How do we not go after the number one organization?’”

Instead of leveling charges against the company’s top-brass, the DEA and the Justice Department made a deal which amounted to nothing more than a slap on the wrist fine. McKesson agreed to pay $150 million and had to suspend controlled substance shipments at four distribution centers.

“I said, ‘We have everything we could possibly want on a silver platter.’ We had corrupt pharmacies that were being supplied by McKesson, and they were turning a blind eye to everything that was going on,” said Schiller.

The painkiller business is a multi-billion-dollar industry. Such drugs kill far more people than illicit opioids sold solely on the street. It would seem that private deals made with the Department of Justice (DOJ) does little to stem the tide of suspicious prescription opioid orders distributed to pharmacies across the nation. Pills, that in many cases, are guaranteed to then be sold on the black market down the road.

People with opioid use disorders require treatment, not jail. The pharmaceutical companies making and distributing painkillers need to be reined in, without doing so our nation will never gain control of the epidemic we face. If you are struggling with opioids of any kind, please contact Hope By The Sea. We can help you begin the journey of addiction recovery.