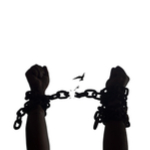 If you have a history of mental illness, particularly addiction, then you know what it is like to feel powerless over something. Hopefully, you are now working a program of recovery and living life one day at a time. Free from drugs and alcohol. Making a commitment to practice the principles of recovery in your affairs is not an easy task, but it is far better than the alternative—as you surely must know.

You can probably remember being in the grips of total despair before making the decision to seek help. Choice was no longer a word in your lexicon, at least when it came to using drugs and/or alcohol. In many ways, you were a slave to the very substances that were, in fact, eroding your spirit, and slowly taking your life. Everyone who has been touched by the disease has an acute understanding of wanting to stop, but being unable. Only when one’s life has become totally unmanageable; do they find the strength to revolt against their illness and seek treatment.

Deciding to seek treatment can occur in young adulthood, if one’s decline to the bottom happens rapidly. In some ways, that is ideal; the longer one abuses drugs and alcohol the greater the toll on mind and body. For many, though, their addiction takes significantly longer to progress to a point where they have had enough. In a sense, decades of bondage are the lot of the addict and alcoholic.

The Bondage of Self

The addict and alcoholic in many ways suffers from a god-complex. Thinking that we are in control of our world, and all others are our agents. Cognitively we may have known that it is a delusion at the time, but subconsciously we could not help but act as if it were the truth. Untreated addiction is the byproduct of being unable to accept the things we can’t change, and lacking the courage to change the things we can. Pardon the reverse of the Serenity Prayer, but it aptly illustrates the problem of self and the alcoholic’s inability to cope with life, on life’s terms.

“Selfishness – self-centeredness! That, we think, is the root of our troubles. Driven by a hundred forms of fear, self-delusion, self-seeking, and self-pity, we step on the toes of our fellows and they retaliate. Sometimes they hurt us, seemingly without provocation, but we invariably find that at some time in the past we have made decisions based on self which later placed us in a position to be hurt… So our troubles, we think, are basically of our own making. They arise out of ourselves, and the alcoholic is an extreme example of self-will run riot…”

Working a program of recovery starts with daily surrender. Followed by fostering a relationship with our higher power that will guide us along the way. Through acknowledging that we do not run the show, that our way was killing us; we realized that we need help, by way of direction. We needed the help of our higher powers.

“…we had to quit playing God. It didn’t work. Next, we decided that hereafter in this drama of life, God was going to be our Director. He is the Principal; we are His agents. He is the Father, and we are His children. Most good ideas are simple, and this concept was the keystone of the new and triumphant arch through which we passed to freedom.”

Independence From Self In Recovery

What you have read thus far may appear to be somewhat abstract. Yet, if you are an addict or alcoholic, it probably rings true inside. You had to surrender to the power of something greater to gain your independence from Self. The 4th of July is coming up early next week, when we honor or forefathers who fought for freedom from tyranny. With that idea in mind, you may want to take a moment on Tuesday to acknowledge your freedom from Self in recovery. In many ways, your sobriety date is your “independence day.”

Every day in recovery is both a blessing and a miracle. Which should never be discounted or minimized. After all, recovery is your raison d’être—the most important reason or purpose for someone or something’s existence. Through a constant connection with your higher power you are, in effect, emancipated. At Hope by The Sea we would like to wish everyone in recovery a safe and sober holiday weekend.

God, I offer myself to Thee To build with me & to do with me as Thou wilt. Relieve me of the bondage of self, that I may better do Thy will. Take away my difficulties, that victory over them may bear witness to those I would help of Thy Power, Thy love & Thy way of life. May I do Thy will always.