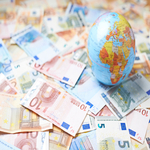 America has long been called the land of opportunity; people from all over the world, from China to Mexico, have sought and continue to seek United States visas. Naturally, gaining a green card to this country is no easy task, often requiring persons to have special skills that are unique and may prove invaluable. It turns out, for better or worse, one of those skills can be the size of your pocket book.

It is no secret to Americans, or the rest of the world, that the United States is rife with opioid addiction, an epidemic taking thousands of lives every year. In its wake, there is unparalleled demand for addiction treatment centers, oft considered to be the best weapon against addiction. Seeing an opportunity, foreign investors have begun pouring money into the American addiction treatment market, The Boston Globe reports. The treatment industry is estimated to be worth $35 billion.

Foreigners who invest at least $500,000 into developments that creates jobs on American soil qualify for a U.S. visa under the EB-5 program. The dire need for increased access to addiction treatment services has resulted in more and more people seeking a green card to invest in drug rehabilitation and psychiatric clinics, according to the article. A new 104-bed facility in Massachusetts is being partially funded with $10 million from investors from overseas through the EB-5 program.

“Everybody is chasing the pot of gold at the end of the rainbow of the opioid issue,” said Philip Levendusky, the Director of Psychology at McLean Hospital, an affiliate of Harvard Medical School. “There’s an epidemic of opioid abuse, so there’s a tremendous demand.”

Another 209-bed center in Danvers, MA, is scheduled to open in August, with the help of foreign investments through the EB-5 program, the article reports. While the facility admits to receiving foreign funding, they did not say how many foreign investors are involved.

“We are regularly exploring a variety of financing and other capital-raising opportunities which can expand our business, increase our bed capacity, and help as many individuals and families affected by the disease of addiction,” said Brad Greenstein, chief executive of the facility.