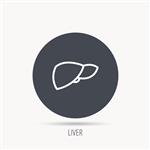 One of the few things that money can’t buy you in the United States is a new organ. If you are in need of a new organ, you are typically put on a list of recipients and pray for your number to be called. Unfortunately, the rules for being eligible for an organ transplant are not written in stone, open for subjective interpretation by health professionals on organ transplant committees. For most, many in need of a new organ that may not seem like a big deal, but for those with a history of substance abuse it can be fatal.

Millions of Americans consume alcohol in unhealthy ways. Problematic drinking can lead to organ damage that cannot be repaired, such as alcoholic cirrhosis, a severe form of Alcoholic Liver Disease (ALD). Without a liver transplant, death is no longer a question of if. Naturally, there are those who feel that self-inflicted damage of the liver should disqualify alcoholics from receiving a transplant. However, the “you made your bed, now sleep in it” approach to alcoholics in need of a new liver is unethical.

Some alcoholics are given a second chance, being placed on the donor list and eventually receiving a liver. But it is not common. A sad reality that is partly the result of demand being greater than supply, and partly due to what is known as the “six-month rule”—an informal policy used at most of the 140 or so transplant centers in the United States. All ALD patients are required to show that they can abstain from alcohol for six months before they are given a spot on the register, The Chicago Tribune reports.

Only 7,127 (about half of those in need of a liver) people received liver transplants nationwide in 2015, according to Anne Paschke of the nonprofit United Network for Organ Sharing. Even if ALD patients were allowed to get on the list immediately after being diagnosed, they will still have to wait a long period of time for a liver, often too long. Liver disease progresses rapidly, and you can die from it in a matter of months. Being forced to wait six-months just to get on the waiting list is often a death sentence. Sander Florman, director of the Recanati/Miller Transplantation Institute at Mount Sinai Hospital in New York says:

“We try really hard to not make decisions based on personal feelings. Having said that, we are doctors – humans – and we take care of our individual patients – humans – case by case, and we try to balance organ shortage with always opting to save lives.” He added: “The six-month practice has been generally accepted but is not based on hard data, and I believe should be seen as more of a guideline than a policy – because life and death is at stake. As a result, it is hard to draw a firm line in the sand. If someone has been sober, is in a program, committed to remain in a program and has social supports, it is very hard to justify six months as an absolute and any different from 5 1/2 months – or other amount of time – if they will die without transplant.”

Requiring patients to prove that an organ will not be wasted on them does make sense in number of ways. With such a shortage of organs to go around, mitigating the risk of a patient returning to alcohol after a transplant should be of the utmost importance. But without clear cut rules based off of science, it is easy to see how some patients might fall through the cracks.

Jackie Brafford, a registered nurse from Virginia has been sober four (4) months on her own accord at the time of her ALD diagnosis, according to the article. She was told that she would have to wait six months to get on the list. Bradford died 5 weeks later.

Alcohol use disorder is a form of mental illness. Left untreated, alcohol will wreak havoc on the mind and body. Punishing people with mental illness by enforcing arbitrary wait times, just to get a spot on a waiting list, is unethical.