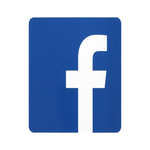 The month of May was Mental Health Month (MHM), a time to raise consciousness about mental illness, which millions of Americans struggle with each year. The goal is to educate the public about mental health disorders, fight for equal health care services and end the stigma surrounding a number of debilitating conditions.

We wrote last week about June being designated as the National Post Traumatic Stress Disorder (PTSD) Month, a condition which falls under the umbrella of mental illness that affects both veterans and average Americans alike. The vast majority of people living with PTSD, as with other mental health disorders, are unable to get the help they desperately need.

Those who are left behind typically turn to drug and/or alcohol to cope with PTSD. Sadly, a significant number of people suffering from post traumatic stress turn to suicide in order to end their suffering—which brings us to the topic of discussion for today—preventing suicide.

Almost daily, millions of people in the United States and over 1.65 billion people worldwide login into their Facebook account. While a large number of people use Facebook to share what they are having for dinner or a new and improved selfie—others update their status to inform their friends about their day and how they are feeling. Naturally, sometimes such post can be rather dark which can be indicative that someone is struggling.

Recently, a suicide was prevented because a potential victim posted what appeared to one friend as a suicide letter, prompting said friend to reach out to authorities who were then able to intervene, The New York Times reports. As a result, Facebook is taken a revolutionary approach to saving the lives of would be suicide victims.

This week, the tech giant added new features to the existing platform that will allow users to flag posts of their friends that appear to be suicidal in nature, according to the article. The flagged posts are then analyzed by a team at Facebook. The group will provide the flagger with specific language for talking with the potentially suicidal friend—as well as information on suicide prevention.

“Given that Facebook is the place you’re connected to friends and family, it seemed like a natural fit,” said Dr. Jennifer Guadagno, a researcher at Facebook who is leading the suicide prevention project.