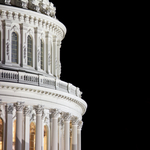 We have come a long way since the 1980-90’s with regard to doing away with some of America’s draconian drug laws, mandatory minimum sentences that only served to overpopulate jails and prisons with nonviolent drug offenders. Such laws primarily affected people of color and socioeconomic disadvantage, and while every now and then someone is arrested and imprisoned whose sentence matches the severity of the crime, more times than not that is not the case.

The current White House administration has worked hard to push for treatment over jail and to give people already serving lengthy prison sentences for nonviolent drug offenses a second chance by way of a pardon. We find ourselves in the midst of an unprecedented drug epidemic, and it is vital that we do not repeat the mistakes of our past with draconian laws that most experts agree do little, if any, good at all.

A number of lawmakers, who were historically in favor of harsh drug sentencing laws, have changed their stance over the last few years. It is a sign that the times are changing, that the American zeitgeist is recognizing the value of treatment over jail. It is widely accepted that if strides are to made regarding the opioid epidemic, then unorthodox measures need to be taken. Those working in the field of addiction medicine are hopeful that the trend will continue.

However, there are signs that some lawmakers are looking to enact new, harsh drug sentencing laws in light of the uptick of fentanyl being used in America. Fentanyl is a powerful opioid analgesic that is typically used for surgery or end of life care, found to be 50 times stronger than heroin and 100 times more potent than morphine. What’s more, the drug can be synthesized with relative ease in clandestine laboratories. It is becoming more and more common for heroin distributors to lace heroin with fentanyl in order to increase the potency of weak batches, or to make fentanyl pills that are labeled with OxyContin symbols. Opioid addicts are often unaware of the presence of fentanyl, which can easily lead to an overdose.

In an attempt to deter the sale of the deadly admixture, some lawmakers would like to attach capital punishment sentencing laws when someone sells fentanyl that leads to a fatal overdose, The Huffington Post reports. U.S. Representative Tom Reed (R-N.Y.) introduced the Help Ensure Lives Are Protected Act last week, a bill that is co-sponsored by Ted Yoho of Florida, Doug LaMalfa of California, Bill Flores of Texas and Steve Chabot of Ohio. The legislation, if passed, would make heroin dealers subject to the death penalty or life in prison for selling drugs containing fentanyl that lead to an overdose death.

As you can probably guess, and for good reason, that there are a number of people who feel that the Help Ensure Lives are Protected Act is just another tough on drug crime policy that will be both ineffective and counterproductive—reminiscent of the “war on drugs” laws. Hopefully, the bill will not make it out of the House of Representatives, as it is likely to affect people who do not sell heroin or fentanyl in the long run.

“This bill is a doubling down on the very ineffective, harsh and punitive policies that characterized the early war on drugs and which have widely been proven ineffective at reducing drug use,” said Lindsay LaSalle, senior staff attorney for Drug Policy Alliance.