Many young men and a significant number of young women spend an unbelievable amount of time playing video games. Simply put, Millennials love technology; they welcome any modern device that can capture one’s attention. It’s not exactly anyone’s fault per se, after all many people who grew up in households in the 1980’s and `90’s had a video game system of some kind. While most people seem to grow out of video games, opting to stare at social media on their smartphones instead, Millennials are drawn, and in many cases dependent on the internet for varying levels of escape. 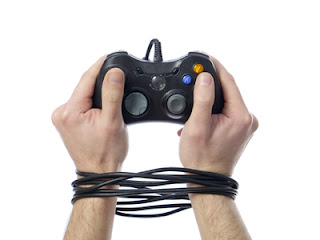 There has long been a debate in the field of addiction medicine regarding both internet and gaming addiction. First, is it a real condition? Do people exhibiting signs of dependence require treatment? Naturally, it depends on who you ask; but for many years support for the reality of “tech addictions” has been on the rise. In 2018, the International Classification of Diseases published by the World Health Organization (WHO) will include gaming addiction in its diagnostic manual, The Independent reports. The inclusion is a big deal in many ways, given that this is the first time the manual will see an update in 27 years.

The general public isn’t likely to frown upon tech addictions in the same way they would other mental health conditions, such as alcohol and substance use disorder. One isn’t expected to associate video gamers with crime and premature death. However, mental illness of any kind that is left untreated puts the afflicted at significant risk of adverse effects.

Despite the fact that the conditions exact wording has yet to be revealed, according to New Science. The ICD-11 draft does list specific criteria, such as when a person gives increasing priority to gaming “to the extent that gaming takes precedence over other life interests, and that they will continue.” Other symptoms of gaming addiction include anxiety, withdrawal symptoms, and antisocial behavior.

“Health professionals need to recognize that gaming disorder may have serious health consequences,” said Vladimir Poznyak, a member of the WHO’s Department of Mental Health and Substance Abuse. “Most people who play video games don’t have a disorder, just like most people who drink alcohol don’t have a disorder either. However, in certain circumstances overuse can lead to adverse effects.”

Just to give you an idea of how many people could meet the criteria of gaming addiction, a survey was conducted involving 19,000 men and women from the UK, the US, Canada, and Germany. The findings, published in the American Journal of Psychiatry, indicate that 2 to 3 percent had five or more of the nine standard symptoms of “internet gaming disorder;” the American Psychiatric Association (APA) created the list of symptoms. A separate study revealed that some individuals spend 12 and 24 hours in a row playing video games.

“Gaming is highly addictive, and it is no wonder so many respondents from our study admit to playing them for so long,” said Mark James, a security specialist at ESET, an IT security company.

It’s likely that gaming disorders will one day be a co-occurring mental health disorder treated along with substance use. The addition of the condition to the International Classification of Diseases diagnostic manual will lead to more research and the development of new treatments for such disorders. If you or a loved one struggles with addiction, please contact Hope by The Sea.