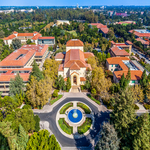 Teenagers and young adults are preparing to head off to college for the Fall semester in the United States. For some, it will be returning to a familiar setting, but for others it will be a wholly new experience. Leaving the nest for the first time in 18 years can be an eye-opening experience, meeting new people, making new friends and such. It will also be a time that many will be introduced to the college drinking culture.

The college years are mostly about advancing one’s education in order to find a good job afterwards. But it is also, for many students, a time to let loose and engage in heavy drinking and potential drug use. It is little secret that college students are far from responsible and often engage in unhealthy drinking behaviors, such as “binge drinking.” It is a practice that is often defined as having 5 drinks for men and four drinks for women, in a two hour period.

Those who choose to drink as much liquor or beer as they can in short periods of time put themselves at great risk, such as alcohol poisoning and potentially addiction down the road. On top of that, those who binge drink are also more likely to make uninhibited, rash decisions. Fighting and sexual assault are quite common on college campuses.

While it is next to impossible to keep alcohol out of the hands of college students, efforts to mitigate alcohol use are of the utmost importance. Every school has some sort of policy when it comes to alcohol. Yet, every year students are injured or lose their life due to alcohol related causes. Recently, Stanford University has been in the spotlight regarding alcohol use in campus. But first, a little back story…

Former Stanford swimmer and Olympic hopeful, Brock Turner, was charged last year with sexually assaulting a fellow classmate at a party. Turner had claimed that alcohol was the cause leading to his assault of an unconscious female behind a dumpster, and he was caught in the act. While it may have seemed to be an open and shut case, for which he was found guilty, the judge gave Turner a slap on the wrist, sentencing him with six months in jail and some probation time.

In response to the incident which caught national attention, Stanford leaders decided to address “the campus culture around alcohol,” The Atlantic reports. Now two months since the controversial sentencing of Turner, the university has instituted a new alcohol policy—placing a ban on hard liquor at campus parties. The “harm-reduction strategy” bans all liquor over 20 percent alcohol by volume (40 proof) from undergraduate campus parties. Students who are of the legal age to drink will be allowed to have hard-alcohol containers in the residences, as long as they are under 750 milliliters in size. Ralph Castro, director of the Office of Alcohol Policy and Education, said in a press release:

“Our intention is not a total prohibition of a substance, but rather a targeted approach that limits high-risk behavior and has the backing of empirical studies on restricting the availability of and access to alcohol. It also allows us the ability to provide uniformity in a policy that will impact all undergraduate students without banning a substance that is legal for a segment of the student population to use responsibly.”