Losing Control Over Cocaine Use 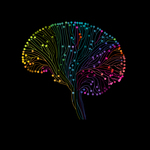 At Hope by The Sea, we feel that it is important to remember that while opioid abuse is the most serious addiction problem the United States has ever faced, there are other drugs that people abuse that can have a pernicious effect on one’s life. Today, most of the talk is about opioid use disorder, but in the 1980’s and ‘90’s cocaine was enemy number one. It was a time when cocaine was cascading into America by Colombian cartels. On top of cocaine addiction rates skyrocketing, many of the draconian drug sentencing laws that we are still dealing with amending today are the direct result of the government’s response to the cocaine epidemic.

Every day in the United States, people abuse cocaine, but it fails to generate much press because cocaine overdose deaths are somewhat rare. Nevertheless, cocaine addiction can tear one’s life to pieces and often requires long-term substance use disorder treatment to find recovery.

Even if you have never struggled with addiction, there is a good chance that you have attended a party where cocaine was being consumed. Perhaps you even experimented with the drug yourself. And when the party ended, you continued living your life, going about your normal routine. However, for some people, occasional cocaine use will morph into a cocaine use disorder in a relatively short period of time. At which time, the gears of addiction take over and without some form of intervention, cocaine abuse can continue for extended periods of time.

So, why does cocaine use sometimes lead to cocaine addiction? Naturally, there are a number of variables and factors to consider when attempting to answer that question. The National Institute on Drug Abuse (NIDA), sought to shine some light on the aforementioned question by creating a short animation video.

The researchers point out that it comes down to two types of neurons and the balance between the two; the “urge” neurons, which promote feelings of reward and repeating behaviors that have produced rewards, and “control” neurons, which dampen those feelings and inhibit behavior. Having a clear picture of how cocaine use disorder develops could help lead to more effective treatments in the future.

Please take a moment to watch the animation, below: