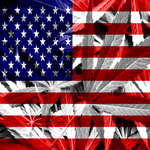 A number of states are expected to vote on legalizing cannabis this November; if passed it could dramatically add to the list of states with active recreational use programs. There are currently four states which allow for recreational marijuana use for people over the age of 21. In 2012, both Colorado and Washington became the first states to pass legalization legislation; many states sat back and watched as these two states navigated the uncharted waters of recreational marijuana use.

While both programs have had their share of problems, many of the fears  that legalization opponents asserted, such as increased teenage marijuana use, seemed to have failed to come to fruition. That is not to say that there hasn’t been a rise in youth marijuana use, but rather that researchers have struggled to directly link the increase to legalization.

So, as November draws near, more states are likely to pass and move forward with legalization in the years that follows. That being said, it is crucial that we accept that legal does not mean safe, and it is even more vital that lawmakers and health experts do everything in their power to educate adolescents about the potential effects that cannabis can have on developing brains. Many teens view marijuana as benign when compared to other mind altering substances, and that there few potential dangers associated with use.

In recent years, for a number of different reasons, the White House has taken a softer stance on marijuana. Calling for law enforcement and federal agents to re-evaluate their efforts to curb use. The President recognizes that many people are serving unjust, lengthy prison sentences for nonviolent drug offenses, as is evident by the over 200 pardons issued during his tenure thus far. In the midst of an prescription opioid and heroin epidemic, the White House has arguably had bigger fish to fry than marijuana users, pushing for treatment not jail for addicts caught with drugs.

Even though the White House has changed its position about how to handle cannabis, it doesn’t mean that the administration is in favor of legalization. In fact, the director of National Drug Control Policy, Michael Botticelli, has come out against legalization efforts, stating that there has been a rise in marijuana use among American youth in recent years, The Herald News reports. It would seem that the “drug czar” believes that because the increase in youth cannabis use coincides with legalization, it is cause for concern.

“I do believe that when you look at the data in terms of the high levels of marijuana use that we have among youth in the country … that we are in for more significant problems in the United States,” said Botticelli. “I think the evidence is pretty clear that early use of alcohol, tobacco and marijuana – often used together – significantly increases the probability that someone will develop a more significant addictive disorder later in their life.”