OxyContin and The American Opioid Epidemic 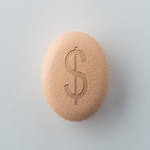 Providing adequate pain management was one of the factors that led first to the prescription opioid epidemic and second to the heroin scourge. In the early 1990’s there was much concern raised about the significant number of patients who were in severe pain and were being overlooked by physicians. That being said, it used to be much harder for patients to acquire prescription opioids.

Clearly, some changes were made and it just so happened to coincide with the release of Purdue’s miracle opioid painkiller, OxyContin (oxycodone). The company went through a lot of trouble to convince America that their drug was both effective, safe and less addictive than other opioids. Along with some bad, or otherwise misread research, doctors began to change their position on prescription opioids.

On Sunday, the Emmy-winning comedian and political commentator of HBO’s Last Week Tonight, John Oliver to a close look at the practices of pharmaceutical companies in the 1990’s. During the course of his and his colleagues’ investigation he found that Purdue created promotional videos, like “I Got My Life Back” (1998) featuring testimonials of people whose lives changed dramatically for the better after being prescribed OxyContin. Purdue paid doctors, such as Alan Spanos, to say that people who were treated for pain with OxyContin that exhibited signs of addiction, were actually experiencing what he referred to as “pseudo addiction.” Which is not the same as Addiction.

Doctors around the country must have found such promotions convincing, and over the course of a short period of time, OxyContin became the go-to drug among American doctors. And here we are today, facing the worst drug epidemic in history. Every doctor agrees that all opioid drugs carry the potential for addiction, yet it is next to impossible to stop prescribing them, because there is a real need. As is evident by the fact that doctors still prescribe to patients, even after an overdose.

The investigation revealed that many of the stars of “I Got My Life Back” actually became addicted, some losing everything and some losing their life. While John Oliver may be a comedian, he seems to understand that what is needed to rectify this problem is taking care of the over 2.5 million Americans who are suffering from opioid use disorder.  We need “more investments in treatment programs…”

You might like to watch John Oliver’s video on the subject, please be forewarned there is some profanity: