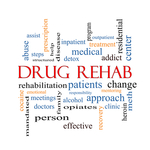 Mental health parity is one of the most important problems of our time. Millions of Americans battle with mental illnesses every year, from depression to substance use disorder. While there are effective, evidence based treatments available that have proven to improve the quality of people’s lives, the vast majority of people with such disorders never receive the treatment they need. Of course, there are a number of reasons that people with mental health disorders don’t get treatment, such as:

Sadly, many people who have access to care, do not seek it because of the fear that accompanies being diagnosed with mental illness. Stigma has long gone hand and hand with mental health disorders. Only in the last decade, with the Mental Health Parity and Addiction Equity Act (MHPAEA) and the Affordable Care Act (ACA), people who were previously uninsurable can get insurance because you can no longer be denied due to a pre-existing condition. What’s more, insurance companies have been mandated to cover mental illness the same way they would, let’s say, diabetes.

“My Administration has made behavioral health a priority and taken a number of steps to improve the prevention, early intervention, and treatment of mental health and substance use disorders. These actions are especially important in light of the prescription drug abuse and heroin epidemic as well as the suicide and substance use-related fatalities that have reversed increases in longevity in certain populations.”

The task force released its final report, after receiving feedback from more than 1,100 individuals with mental health and substance use disorders, families, their providers, advocates, and other stakeholders. The White House points out that:

“Parity aims to eliminate restrictions on mental health and substance use coverage – like annual visit limits, higher copayments, or different rules on how care is managed…”