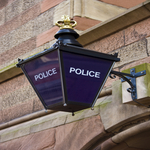 Illegal drug users have a long history of fearing law enforcement officials, and for good reason. People caught in possession of illegal drugs, more times than not, could expect to be facing significant jail time. On the other hand, police have historically viewed addiction as a crime, rather than what it truly is—a debilitating mental health disorder which requires treatment as opposed to punishment.

Today, addiction is increasingly being viewed as a treatable disorder rather than a crime. Owing largely to the opioid epidemic, which claims thousands of lives every year across the country. The days of thinking addiction can be arrested, swept under the rug and forgot about, are seemingly coming to an end. So, what does that look like when it comes to addict/police relations?

Well, the answer to the above question varies depending on the state, county, city or town you live. But there may come a time soon when your community’s police department’s response to addiction looks like the response of law enforcement in Gloucester, Massachusetts. Just over a year ago, the Chief of Police Gloucester initiated the Police Assisted Addiction and Recovery Initiative (P.A.A.R.I.), appropriately referred to as the “Angel Program.” The success of the program, which encouraged addicts to surrender their drugs to the police and be directed to treatment (not jail), resulted in the creation of similar programs across the country.

Not too far up the 405 freeway, the City of Anaheim has become the latest addition to the list of municipalities offering an Angel Program, The Orange County Register reports. On top of helping people with substance use disorders get into treatment, city leaders would like to see reduced crime and homeless rate.

Over 150 police departments in 28 states have followed the Angel Program model, with more expected to follow. Since the beginning of the program in Gloucester, over 500 people have found assistance, and crimes related to drug use is down 27 percent, the article reports.

“I’m confident this innovative program will fill the much-needed gap in our ongoing efforts to identify ways to reduce and prevent crime,” Quezada said. “Drug addiction plays far too large a role in criminal activity, and we must collectively do everything that we can to reduce the number of people in our families, neighborhoods and community suffering from this physical and emotional dependency.”