The Centers for Disease Control and Prevention (CDC) estimates that of the 72,000 overdose-related deaths in 2017, all but 30,000 of the overall death toll resulted from synthetic opioids like fentanyl. So, it is probably little surprise to learn that the United States Senate just passed a large package of bills aimed at addressing the American opioid addiction epidemic; one such piece of legislation could make it more difficult for people to ship deadly synthetic opioids through the U.S. Postal Service, The Washington Post reports. Nearly total bipartisan support for the various measures passed on Monday should be cause for hope; however, once again legislation to tackle the opioid crisis falls short on funding. 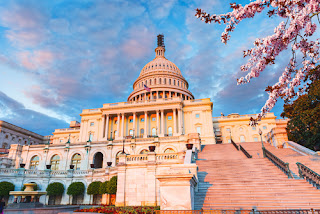 At Hope By The Sea, we follow news relating to America’s growing reliance on highly addictive opioids in earnest. As treatment providers, we are always pleased to see lawmakers work together to save lives. We have written on numerous occasions about laws passed like the Comprehensive Addiction Recovery Act and the 21st Century Cures Act; the passing of both bills brought the hope of expanding access to addiction treatment—especially in rural areas. CARA and the Cures Act also channeled funding to make it easier for addicts and their loved ones to acquire the life-saving overdose reversal drug naloxone, and equip more first responders with the drug that carries a hefty price tag.

While both CARA and Cures were considered by many at the time to be steps in the right direction, critics regularly pointed out both bills lacked the billions of dollars necessary for helping millions of Americans get help. The 70 Senate bills, in which only one Senator objected (99 to 1) calls for $8.4 billion in funding; a figure that – Sarah Wakeman of the medical director for Mass General Hospital’s Substance Use Disorders Initiative points out – pales in comparison to the more than $20 billion a year spent on HIV/AIDs. It’s worth noting that far more Americans die from addiction-related causes each year than those succumbing to AIDS.

Again, it is a good indication to see so many lawmakers – many of whom are opposed to each other  policy-wise – put their differences aside and affect change. Also, we should highlight the fact that the president of the Addiction Policy Forum, Jessica Hulsey Nickel, is an advocate for the legislation.

“I think it’s an important moment of new resources and better policies to address the opioid epidemic,” Nickel said. “It’s a historic bill that treats addiction like the disease it is.”

There are many things to consider in the 70 bills, most of which is impossible to cover in one article, and the House of Representatives and the Senate need to make some compromises with each other before they can send the package to the Oval Office for a signature, according to the report. The House has a similar set of bills on the same subject. Some of the key components of the Senate bills include:

Many of the measures will likely do much good for a lot of Americans. We will have to wait and see how much the legislation does for people living in rural America, in places where evidence-based treatment is harder to attain.

If you are one for the millions of Americans struggling with opioid use disorder, please hold on to hope and know that with help addiction recovery is possible. Please contact Hope By The Sea to learn more about our innovative, evidence-based therapies. We offer many tracks that cater to the unique needs of our clients; with our help, the miracle of recovery can be yours too.