What to Say to an Alcoholic 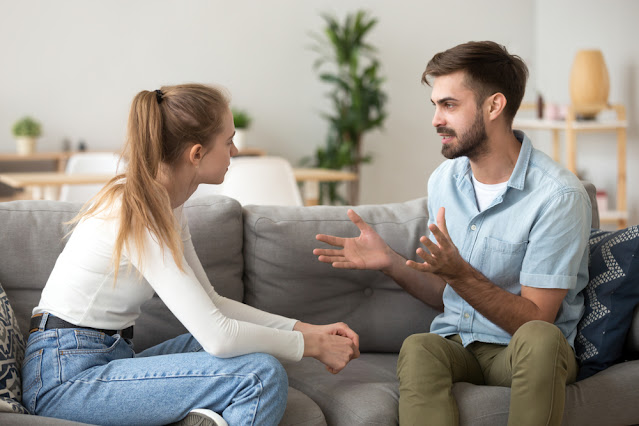 If you share your home with an alcoholic drinker, you’re probably all too familiar with exchanges like the following:

“I’ll just stay long enough for one drink.”
“That’s what you said the last ten times.”
“You’re making a big deal over nothing.”
“You call those dents in the car ‘nothing’? And what about the mess you threw up on the floor last night?”
“I don’t remember any mess.”
“That’s because I had to clean it up.”
“It’s your whining and nagging that’s driving me to drink!”

After a couple of rounds, it no longer matters who’s right: nothing is left but a pointless battle of two made-up minds. Privately, you blame yourself for not knowing what to say that would make a difference.

What Not to Say to an Alcoholic

What you most want to say may be the worst thing you can say. No one, especially when already feeling put upon, responds well to any of the following:

“Just” is a four-letter word best avoided at all costs. For one thing, true alcoholism is an illness that’s neither simple nor easy to recover from. Plus, alcoholism is dangerous not only in the obvious health effects, but also because physical withdrawal symptoms may include seizures, disrupted heart rhythm, or breathing difficulties: telling someone to “just quit” (presumably without medical supervision) is asking them to risk serious, possibly lethal, illness.

Even without the accusatory attitude, it’s challenging at best to get across the idea, “You should stop drinking; it’s only hurting you and everyone else.” People with alcoholism usually feel that “no one understands”—and, as seen in the previous section, they’re often partly right. Unfortunately, the next “logical” conclusion is, “I’m the only one who knows what I really need, so I’m entitled to do whatever feels right to me.” From there, it’s easy to rationalize away the best counterarguments.

Even minor habits become too “natural” for anyone to be easily talked out of. Addiction makes the brain virtually incapable of absorbing any thought that contradicts the now-dominant idea, “I can’t live without my regular drink.” So if what you say to an alcoholic is to have any meaningful impact, then context, attitude, and timing are as important as the words.

How to Make Your Words Matter

Start by learning all you can about alcohol use disorder and the mindset it generates. (An Al-Anon or similar group can help.) Then, as you prepare to broach the topic, remember to:

You Can’t Do It Alone

It’s often most effective to plan the conversation as an “intervention”: several people, not just you, confronting the alcoholic in the manner described above. However, a poorly managed intervention can prove worse than no conversation at all, so avoid inviting anyone who’s overbearing or emotionally unpredictable. And get advice from an experienced professional before you plan the intervention.

Professional help is also necessary in your loved one’s detox and long-term recovery, and for advising you and the rest of the family on how best to help. Ultimately, it’s not so much what you say to an alcoholic that makes a difference, but how well your actions reinforce your words.

It’s Not a Hopeless Battle

Contrary to popular rumor, an alcoholic doesn’t have to “hit bottom” before there’s a chance of convincing him or her to get treatment: any time is the right time to start doing something about the problem. At Hope by the Sea, we offer detox and extended care for alcohol and most other substance use disorders. We also offer intervention services and family counseling. Contact us today to learn more. Hope Starts Here!